Beech Hill View is one of Braidwater’s spectacular signature developments with prominent positioning on arrival into Derry/Londonderry from the direction of Belfast. 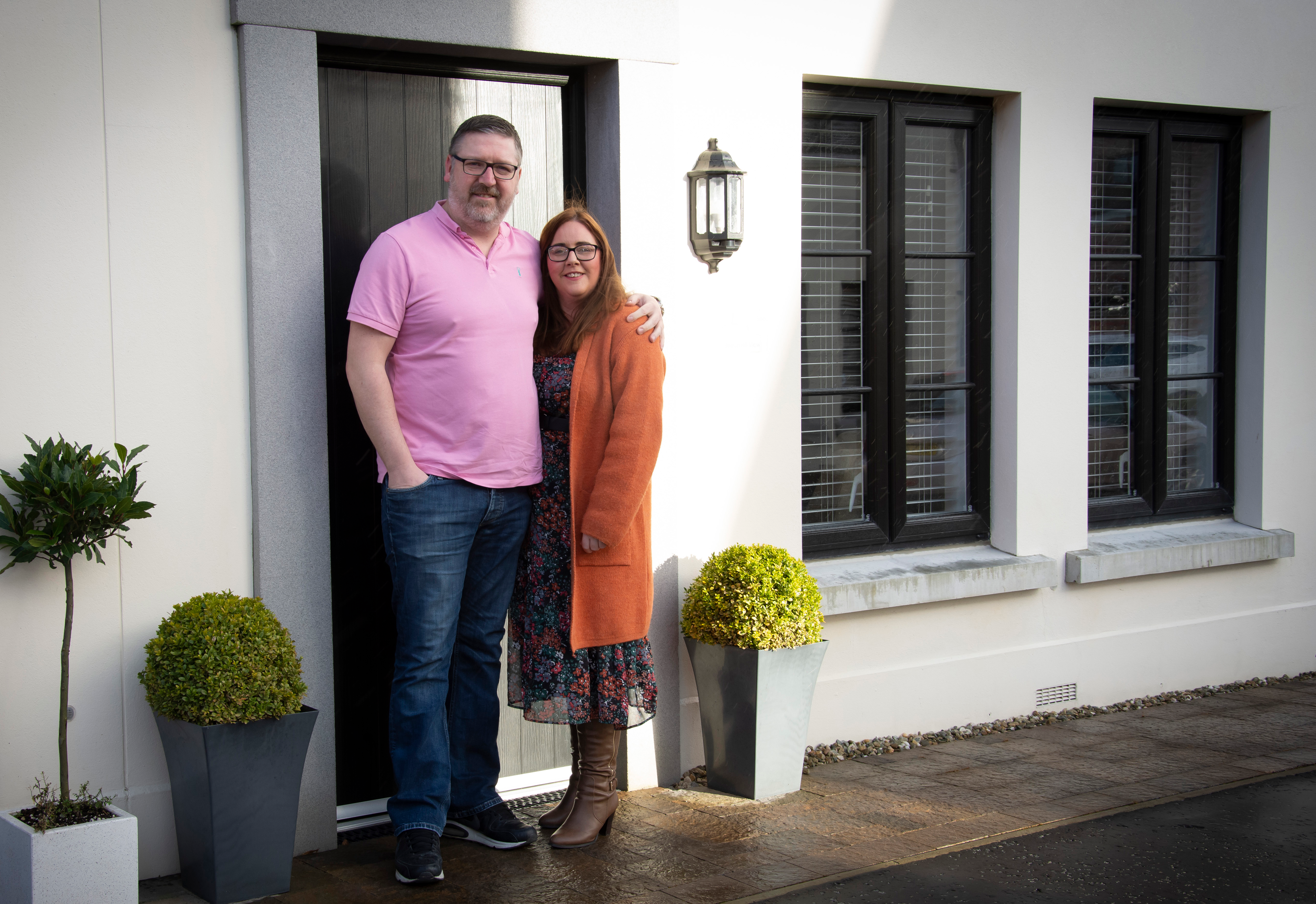 Stephen and Amanda outside their Beech Hill View home.

With the site maturing, Beech Hill View is no longer in its infancy and now has many happy purchasers living happily and content in their new homes.

One of these happy homeowners is Stephen Brown. When the development was first released back in 2019, Stephen secured the last house although he gladly points out that he was the first to move in!

“I remember the day we received the keys to our new home. It was Monday, November 11, 2019. It was so exciting but at the same time strange as the development was a bit of a ghost town with Amanda and myself being the first to move in.’’

However, the young couple have settled well since moving in and they told us how they enjoy a peaceful environment with good neighbours:

“Our neighbours are brilliant. It’s like our own wee community now. It was a bit daunting at the start but exhilarating as well and now we’ve been living here for two years.’’

Stephen went on to explain how the house buying process worked for himself and Amanda: “The whole process was very smooth and the Donnybrook team was really helpful, giving us time and space to pick our turnkey selections. We really enjoyed this part of the process as it was all part of the excitement of getting to finish off how our new home would look.’’

Although Stephen had a few snags, he was happy with the follow-up process by Braidwater and especially the finishing foreman: “We had a few snags but Braidwater were efficient and followed up quickly with Andrew on the ball. He was absolutely fantastic.

‘’We’re over the moon, our house was completely new when we moved in and the development looks top class and will be even better once it’s finished. The location is also perfect for Amanda’s local commute and my commute to Eglinton plus once the new A6 road is finished it will be extremely handy as I’m often in Belfast/Dublin 2-3 times a week.’’

With energy costs increasing, Stephen finished by saying how efficient his home is:

‘’We’ve saved a huge amount of money since moving in as the homes are so energy efficient. Although energy prices are on the increase we’ve seen a massive saving from our previous oil-heated home plus the way the homes are built you don’t even need the heat on as much.’’

For Stephen and Amanda, the prominent positioning of Beech Hill View doesn’t come into play. It’s the quality of the homes and the new community they’re now part of.