Braidwater has been named as one of Ireland’s Best Managed companies for the third year in a row in the Deloitte Best Managed Companies Awards programme, in association with Bank of Ireland. 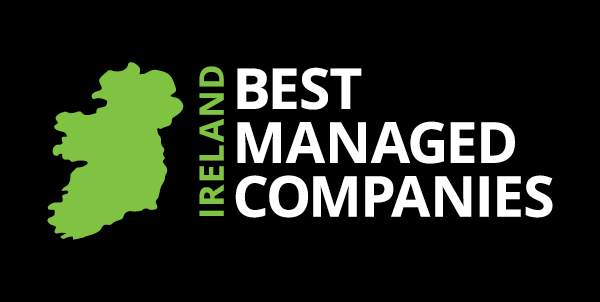 The company, which demonstrated superior business performance, was recognised at a gala awards dinner in Dublin on 6 March.

The Best Managed Companies Awards – in association with Bank of Ireland – recognises excellence in Irish and Northern Irish owned and managed companies and is a symbol of organisational success and achievement. The awards programme celebrates companies across the island of Ireland that demonstrate superior business performance.

It is the only awards programme in Ireland that recognises the overall business performance of Irish/Northern Irish owned and managed companies (incorporated in the Republic of Ireland or in Northern Ireland).

“The Best Managed Companies status is recognition of the strong leadership demonstrated throughout our organisation. The programme has forced us to evaluate and rethink our business model, putting us on the right track for future growth.

“Some of Northern Ireland’s most successful businesses have come through the programme and we’re delighted to have retained our status in this prestigious community of Deloitte Best Managed Company winners.’’

“We are consistently impressed by the organisations that qualify and requalify for our Best Managed Companies Awards programme, and the contribution that this important cohort of the economy make is highlighted by the turnover and employment numbers of the winning companies.

“While Irish companies across all sectors navigate issues such as talent acquisition and retention, continuing uncertainty around Brexit and regulatory challenges, the management teams of the winning companies have demonstrated their razor-sharp focus on their objectives, an agility to adapt in a disruptive market place and to innovate and use technology as a real differentiator for them.”