A group of Northern Ireland housebuilders have come together to form a campaign group, ‘Drains for Development’ to raise awareness of the wastewater infrastructure crisis here. 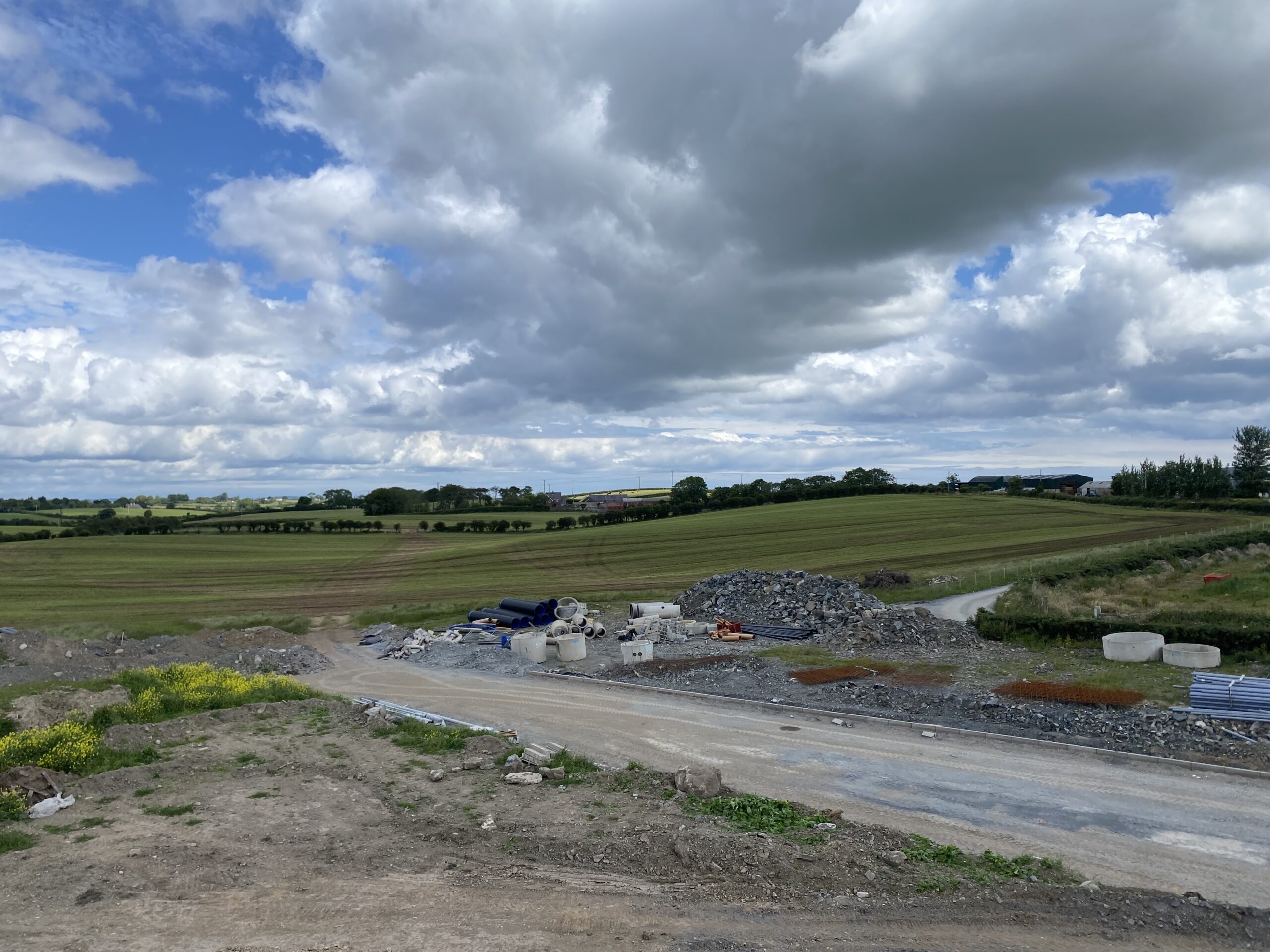 A new development of 440 homes which has stalled due to a lack of NI Water funding.

The group was formed by a number of local developers including the Braidwater Group, Fraser Houses NI, Lagan Homes NI and others.

Drains for Development will set out to raise awareness of the severe underfunding of wastewater infrastructure in Northern Ireland that is ruthlessly preventing the development of much-needed new homes until urgent upgrades are made.

Conor Mulligan, Director at one of the Drains for Development member developers, Lagan Homes, said: “Northern Ireland is currently facing a major housing issue in that demand is massively outweighing supply. We need to build more homes now but planning permission is complicated and even if approved, there is no possibility to build due to a lack of foul sewer capacity. Therefore, in the majority of cases, new homes still can’t be built as many of Northern Ireland’s wastewater treatment works and sewerage systems are chronically underfunded and nearly, if not already, at capacity.

“Currently, more than 90 areas in Northern Ireland have a freeze on development, preventing these much-needed homes from being built. Since its formation in 2007, NI Water has only received the recommended level of funding in a handful of the last 14 years – this needs to be rectified urgently.”

The group is calling on the Department for Infrastructure and the Northern Ireland Executive to address the issue urgently at Stormont before Northern Ireland’s housing stock falls any further, which is especially affecting first time buyers and the social housing sector.

Furthermore, the group will commission a bespoke research project which will investigate the implications of Northern Ireland’s poor wastewater infrastructure on homes and the economy.

He added: “Northern Ireland urgently needs a modern, well-maintained and sufficiently funded sustainable water and wastewater network to allow more homes to be built. While the Executive has committed to meet NI Water’s funding requirements for 2021/22 this doesn’t go far enough. Our group will continue to campaign for Stormont to prioritise this issue and ensure NI Water receives the long-term, multi-year funding it needs to address critical gaps in infrastructure.

Every six years, NI Water enters a regulatory process known as ‘price control’ where it outlines its budgetary requirements for the years ahead. The Regulator (in its final determination published 13 May) has endorsed NI Water’s investment plan which starts to address these constraints but these recommendations do not mean that the funding will be guaranteed.

The group will highlight the Executive’s collective opportunity to secure the economic recovery and future economic growth of Northern Ireland through the full funding of water and wastewater services.