This past week on Radio Foyle, we were celebrating the Butterfly Bush
– article by Gareth Austin – 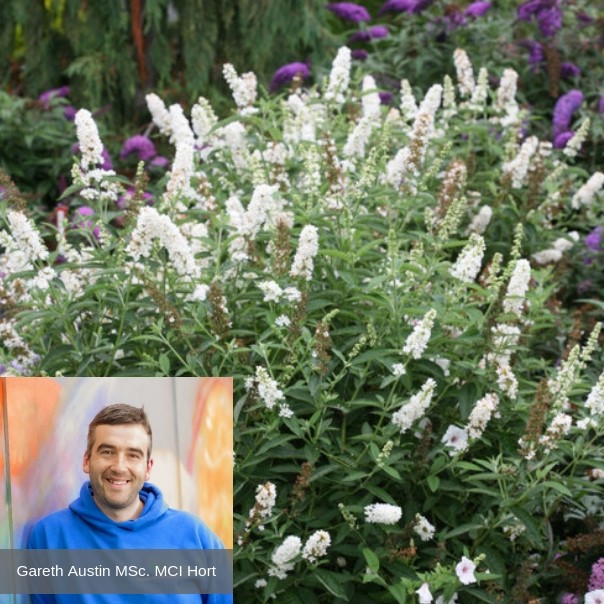 The Butterfly Bush has been a garden stalwart since the 19th century. Flowering every summer, its tough nature and little maintenance affords it a special place in most peoples’ gardens.

Although not native to this part of Europe, it has been around since the 18th century and through its ability to grow in any soil, it’s a perfect plant for your garden.

Most varieties of Buddleja grow 6-10’ in height, so generally they’re for the back of the garden or used as a centerpiece in a lawn. Flowering from summer to autumn, the long sprays of flowers are a magnet for pollinators including butterflies and bees.

Although fast growing these plants can be easily controlled and flowering enhanced, with hard pruning at the end of the summer. The most common colour of Butterfly Bush you’ll find is purple but there are alternative varieties which are available including pink, white and even the hybrid ‘sungold’ which is yellow.

If you feel like 2m or nearly 7’ is too tall, look out for some of the smaller varieties, such as ‘Buzz Sky Blue’, which grow around the 4’ mark. So could be a nice option for a large pot.

Whatever type you opt for, you can easily grow more of these shrubs by taking some cuttings in the summer or early autumn, these will root quickly for next year and should be in flower shortly after planting out.