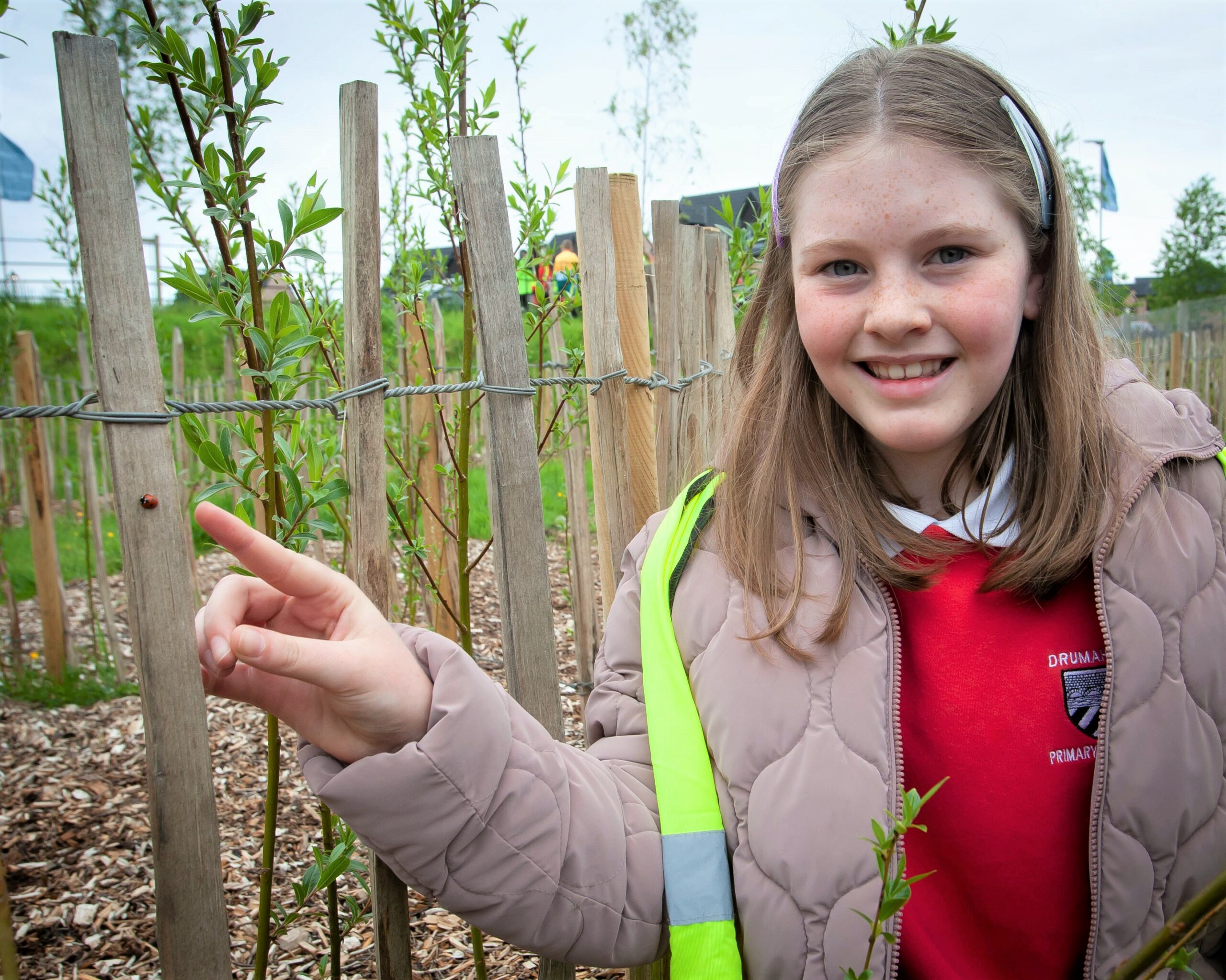 The ‘Bog Garden’ is part of the Braidwater Group’s 2035 ‘Net Zero Emissions’ strategy and the biodiversity measures aim to improve shelter, nesting and food options for wildlife in the area, through the provision of natural habitat.

Darren Farnan, marketing manager, Braidwater speaking about last Thursday’s launch said: ‘We were delighted that the pupils of Drumahoe Primary School helped to name the various elements and get involved with the whole project from the beginning. 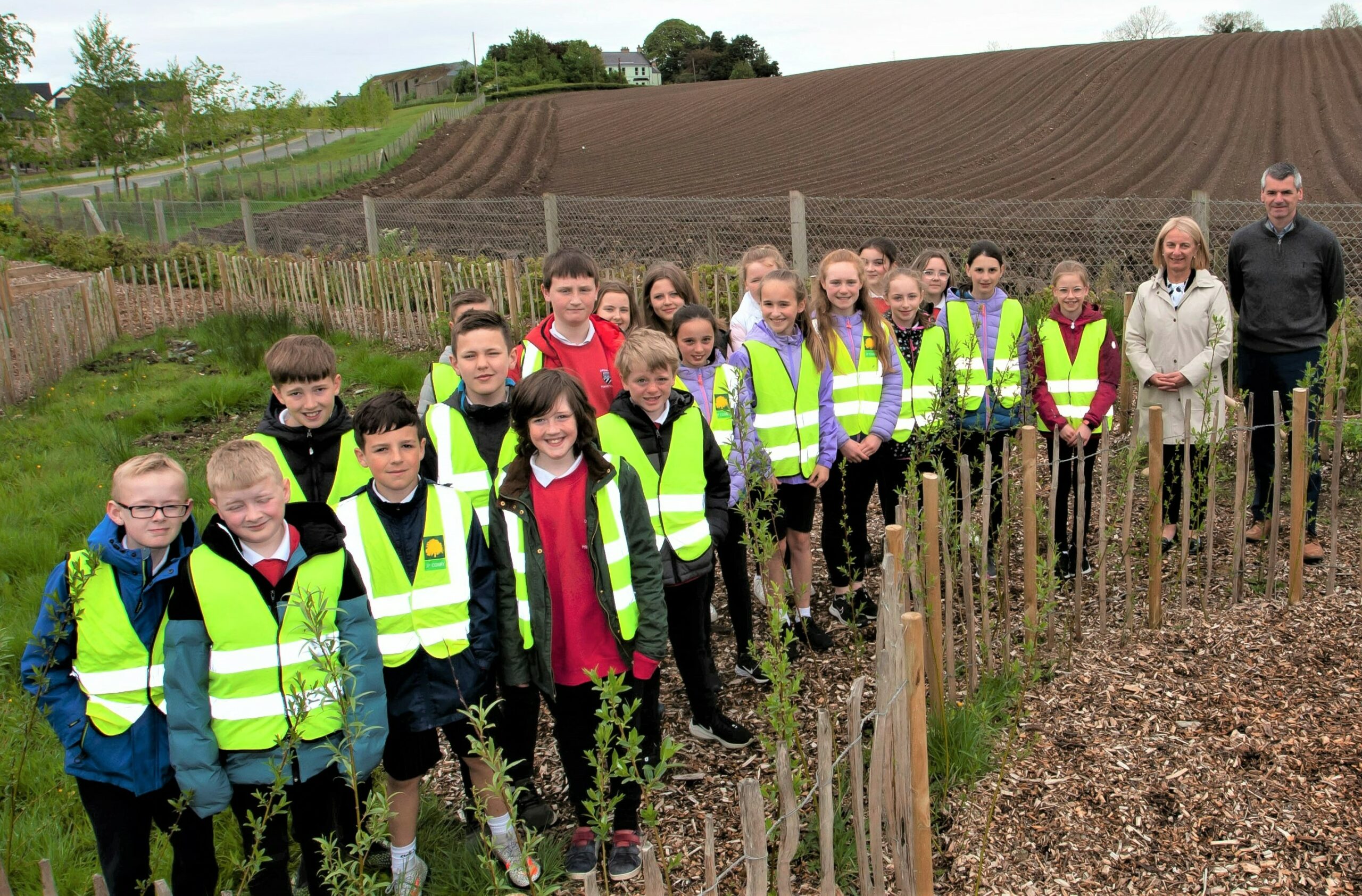 Stressing that the measures will provide nesting and foraging opportunities for bees and provide a food supply for many animals, Darren added: ‘The biodiversity bog garden will attract more species such as frogs, newts, cranes and water beetles with the area fenced off with chestnut paling. The woodpile, or ‘insect hotel,’ will allow for insect habitat and provide a food supply for birds, frogs and hedgehogs.

‘This all feeds into the wider Council pollinator plan and, we at Braidwater are delighted to be able to play a small part along with the pupils from Drumahoe Primary School.’ 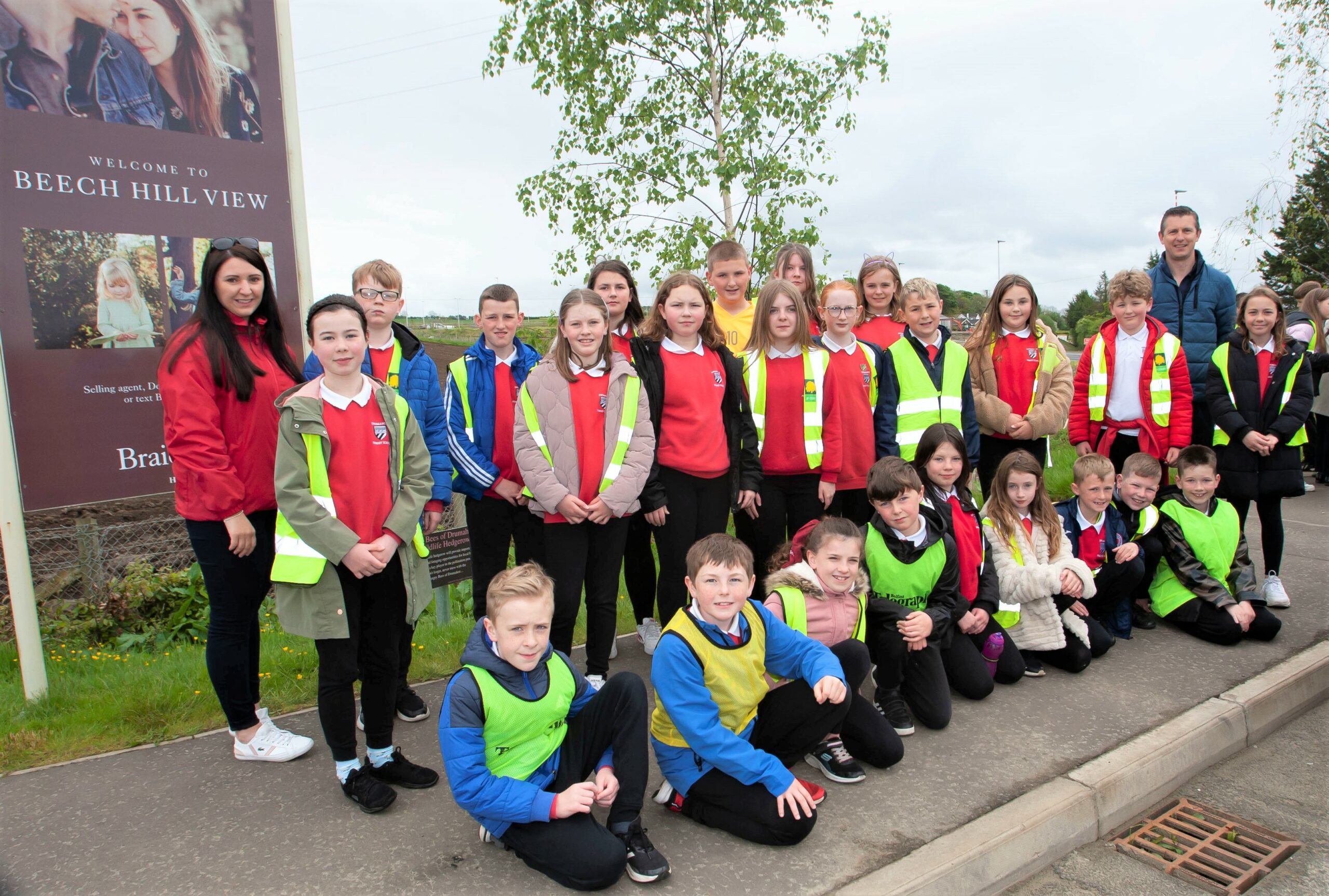 Darren also added: ‘To further enhance the biodiversity measures at Beech Hill View we will be increasing the tree-planting in open areas and creating pockets of mature growth for pollinators to thrive.

Braidwater is also in discussion with the Woodland Trust on how the Group can support woodland development in the local community and are expecting further movement on this shortly. 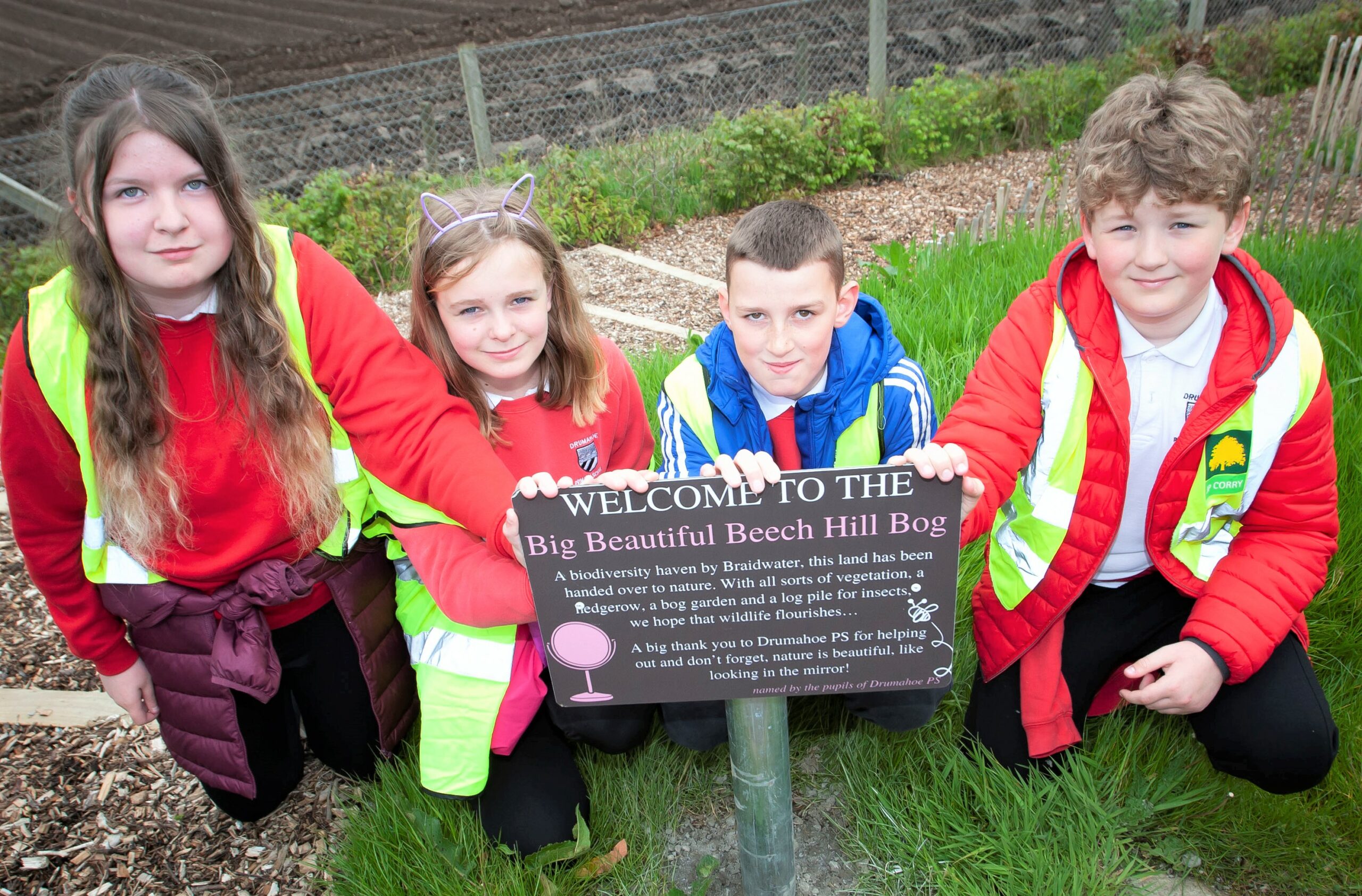 The area where the bog garden is located at Beech Hill View will also include densely planted shrubbery for nature camouflage, a willow walkway with a willow dome to act as a hide to observe all the activity.

Concluding, Darren added: ‘We hope the biodiversity measures are a win-win for all involved including local residents, the community and most importantly, nature!’ 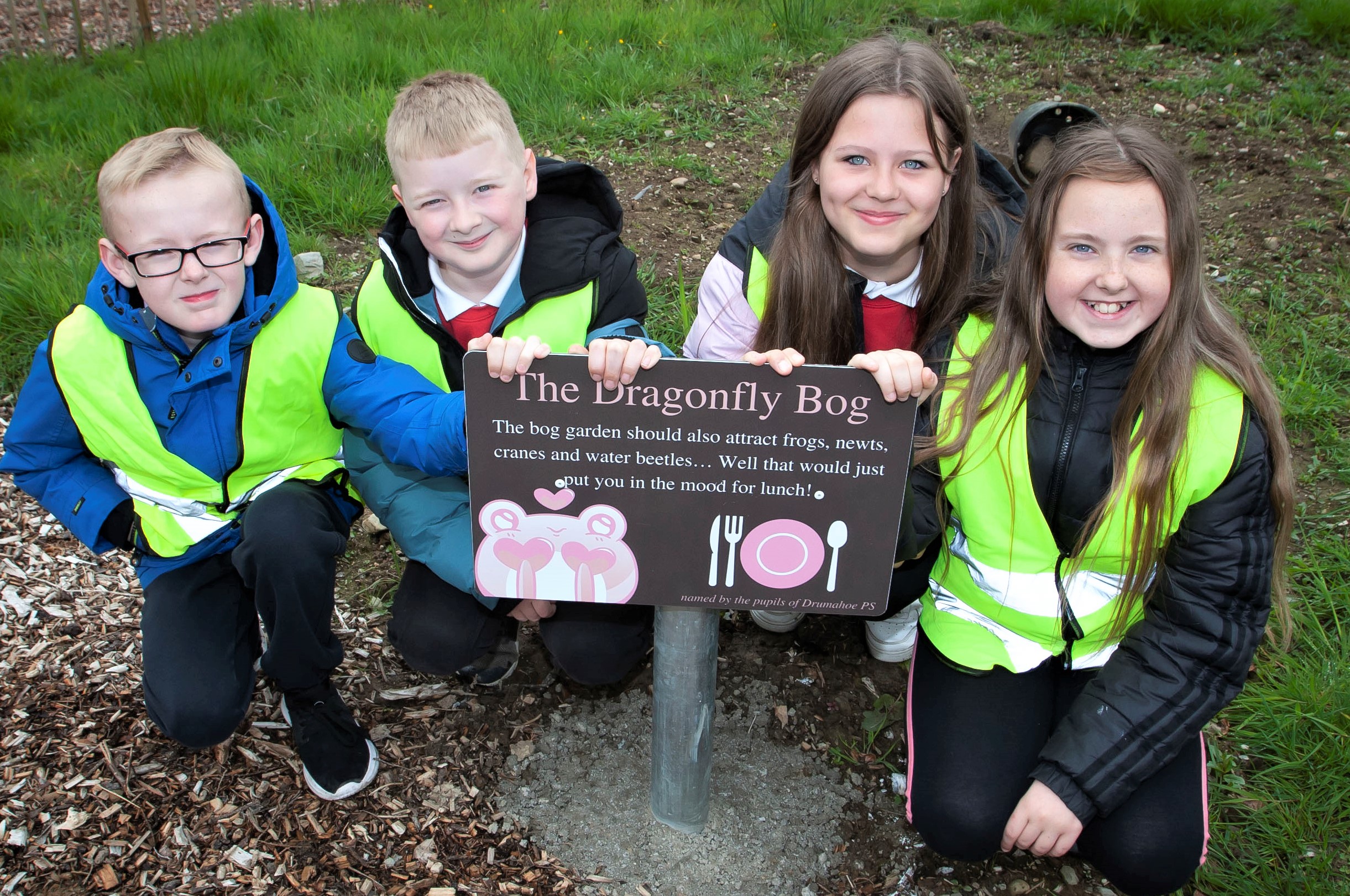